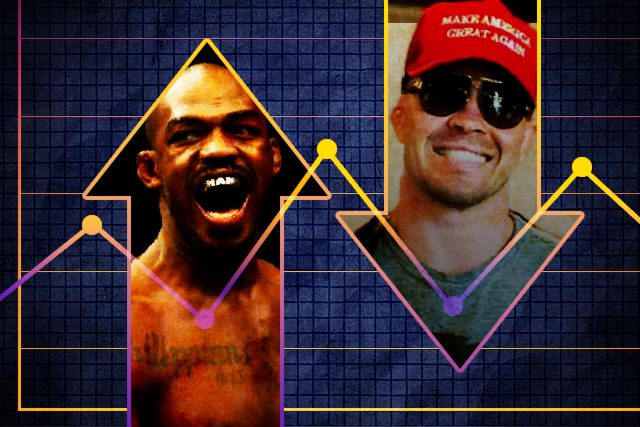 
Editor’s note: The views and opinions expressed below are those of the author and do not necessarily reflect the views of Sherdog.com, its affiliates and sponsors or its parent company, Evolve Media.

You can sign up for a free seven-day trial of ESPN+ right here, and you can then stream UFC on ESPN+ 1 live on your computer, phone, tablet or streaming device via the ESPN app.

It’s rare that a week with no major MMA events is as educational as this one has been. Normally, fight week is lesson time, from the read-the-tea-leaves futility of discussing who seemed “shook” at the press conference and who looked drained -- or flat-out fainted -- at the weigh-ins all the way to the perfect certainty of what happens after the cage door is locked. It is then that we find out who is the best fighter -- at least on that night. Who was the hammer, and who was the nail. We are surprised -- or not -- as the pecking order is adjusted, and we say, “Great! What’s next?”

Nonetheless, in a week with zero offerings from the Ultimate Fighting Championship, Bellator MMA, One Championship or the hibernating Professional Fighters League, we learned a couple of interesting lessons. We certainly learned some things about pecking order and found new questions to ask about what’s next.

To put it into perspective, 700,000 pay-per-views is more than Anderson Silva ever sold before Chael Sonnen blessed his career trajectory. It is more than B.J. Penn ever sold for fighting anyone other than Georges St. Pierre -- the lone exception being UFC 101, fueled by the combined star power of Penn, Silva and the afterglow of UFC 100. It is nearly twice as many pay-per-views as Daniel Cormier has ever sold for fighting someone other than Jon Jones. It is more pay-per-views than Demetrious Johnson has sold in his entire career to date, which is not meant as a dig as “Mighty Mouse” but simply an illustration that 700,000 is a lot.

In light of the impressive buy rate and the way it was achieved, I’m working my way around to calling Jones mixed martial arts’ biggest star today. Bear with me, as I can already hear you yelling, “What about the guy with the whiskey, dummy?” That’s fair to ask, considering that Conor McGregor has headlined five of the six biggest cards in UFC history, including the blockbuster UFC 229 in October, which pulled in an unthinkable 2.4 million buys.

However, McGregor doesn’t really belong to MMA anymore, and a huge portion of his fan base never did. Much like Ronda Rousey and Brock Lesnar before him, McGregor attracts millions of fans who buy pay-per-views headlined by him but otherwise ignore the sport. Those fans and the enormous revenue they bring in are a welcome windfall for the UFC and any other fighters on those cards, but they’re exactly that: a windfall, a winning lottery ticket, something to be enjoyed but something that only a fool would plan for or chase after. In fairness to McGregor, his fame was built in the cage, while Rousey and Lesnar came in with varying degrees of existing stardom; and he is a far, far more accomplished fighter. The similarities remain, however. Many of their fans are fans of the fighter rather than the sport, and they need the UFC less than it needs them.

Jones, on the other hand, is a pure Octagon-grown MMA star. He rose to fame in the UFC, and other than his litany of foul-ups, his incredible fighting prowess is his sole calling card. When Jones sells 700,000 pay-per-views, it isn’t because of some buzz among stay-at-home moms who watched him do the talk TV circuit, and when he packs arenas, it isn’t because greater Rochester, New York, shuts down and flies to Las Vegas en masse. There’s no second fan base for “Bones.” It’s simply MMA fans: backers who wish to see him win, detractors who hope to see him fall and people who want to see one of the best ever do his thing, win or lose.

When I say Jones is MMA’s biggest star, I mean it in the literal, possessive sense of the word. He’s the biggest star that belongs to us. Villain, hero or something in between, he’s what we’ve got, and when he says he wants to fight three times this year, I place more stock in it than in McGregor fighting even once. Here’s hoping he keeps his nose clean and puts that belt on lock.

If Everyone Is Special, Nobody Is


The other piece of news that pinged my radar this week was the announcement that welterweight champion Tyron Woodley would be defending his title next against the surging Kamaru Usman. While there’s nothing wrong with that matchup and Usman is a deserving contender, it means that once again Colby Covington is on the outside looking in.

That “Chaos” is not used to being in that position, and hates it, was made painfully clear in an appearance on MMA Junkie Radio earlier this week. For lack of a prettier term, Covington whined, and complained, and accused the UFC and UFC President Dana White of dishonesty and unfair treatment. Justified though he may be, it was still jarring to hear the troll, the self-styled bully, the creator of the #nerdbash hashtag, so gotten-to. Even though he was on the attack, he seemed genuinely hurt, upset and vulnerable in a way that did not comport with his customary persona.

I don’t have strong feelings about Covington as a public figure. I’m not offended by his schtick. At worst, it comes across as forced and tedious, like Chael Sonnen filtered through Larry the Cable Guy. However, as Covington pointed out polls that showed fans overwhelmingly preferred him over Usman as Woodley’s next opponent, I couldn’t help but snicker that in the space of a week, the man who once took his interim belt to the White House for a photo op with President Trump:

1. Lost his job to an immigrant.
2. Declared himself in favor of unionizing.
3. Complained that winning the popular vote didn’t earn him the prize.

I still feel as though Covington is getting hosed here. I’m already on record as believing that while giving him an interim belt in the first place was pointless, stripping him of it summarily was worse than pointless. With this new step -- having other fighters jump Covington’s place in the pecking order of contenders -- the UFC has completed the job of telling us that its championship belts mean literally nothing. As with many other statements the promotion has made through its actions in the past year, it’s something that had been in the air for years, but the UFC seems to be abandoning even the pretense.

That is a shame. However much of a character he puts on in interviews and on social media, Covington has always been a solid professional inside the cage. The UFC’s treatment of Covington here is not indicative of its attitude towards him in particular so much as its attitude towards all but a mere handful of its 600 fighters: interchangeable, expendable and fungible. Covington himself seems to grasp this now, which may explain his embrace of unionization. The problem is that he had convinced himself he was one of that mere handful, only to discover that he was not. Just another lesson learned on a slow week for news.