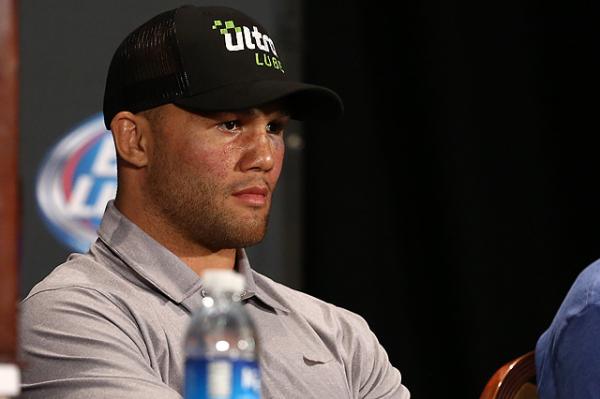 Robbie Lawler is 4-1 since moving to 170 pounds. | Photo: Dave Mandel/Sherdog.com


Get ready, Johny Hendricks. After a dominating performance against Jake Ellenberger at UFC 173 on Saturday at the MGM Grand Garden Arena in Las Vegas, there is little doubt as to whether or not Robbie Lawler deserves another crack at the Ultimate Fighting Championship welterweight title.

A few months ago, Lawler and Hendricks went toe-to-toe in one of the best fights in recent memory. Although Hendricks came out on top at UFC 171, cageside observers were already speculating on when they would fight again. Now, even without a definitive date, a rematch appears in order.

“How could you deny him the fight?” UFC President Dana White asked. “The fight with Hendricks was awesome. With his performance before the Hendricks fight, no doubt he’s the No. 1 [contender] in the world.”

Lawler’s 23-10-1 record may not immediately grab the attention of common fight fans in the same manner as challengers in other weight classes. However, his aggressive style, never-quit attitude and rise-from-the-ashes return to prominence should be more than enough to generate strong business when the two welterweights go at it again.

Lawler utilized a methodical, business-like approach to slowly dismantle Ellenberger. Prior to the referee stoppage in the third round, he used an effective mix of hand and leg strikes throughout the fight -- especially early -- and seemed to have his way with his opponent for long stretches. “Ruthless” employed a series of kicks early in the first round, perhaps confusing Ellenberger, who may have been expecting more high-powered punches. Eventually, the two exchanged a little leather, but the round clearly belonged to Lawler. The middle stanza of the scheduled three-round fight saw Lawler stalk Ellenberger and take the fight wherever he felt it needed to be in the Octagon. Sans a takedown set up by a rear waist lock, Ellenberger failed to match the offensive output Lawler had waiting for him. A few knees to the midsection, combined with several to-the-point jabs, and Lawler was well on his way to a decision win before a huge knee damaged Ellenberger in the third round. Lawler used a series of punches on the ground and earned the official stoppage at 3:06.

“I did a good job,” Lawler said. “I got a stoppage and I put everyone on notice, and I know I’m in the conversation.”

Eventually, he said all that really needed to be said: “I’m coming for that title.”

OUT ON HIS SHIELD 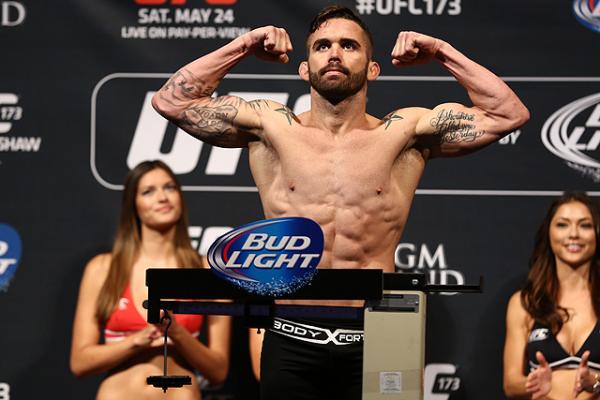 Photo: D. Mandel/Sherdog.com
Varner refused to quit.
Jamie Varner confused many watching his fight with James Krause. Somewhere early in the bout, he injured himself before gutting out the opening round.

The former World Extreme Cagefighting champion just did not seem to be himself, hobbling around and not wanting to put pressure on his left leg. He fell down several times from little to no contact from Krause. Known for his usually exciting style and frenetic pace, Varner seemed unsure about engaging for any sort of an extended period. Yet, make no mistake, he was not content with just quitting.

“If that was my guy, I would have thrown the towel in -- in a second,” White said.

At the same time, White was not looking to criticize the referee for not stopping the fight sooner.

“Usually, they’ll quit. Guys will tap out and say ‘Ah, I broke my ankle,’” White said. “There was no quit in that kid. That’s one of those situations where he kept going. That’s a tough one.”

A tweet from Varner later revealed he had two fractures and some torn ligaments. Entering the cage on a two-fight losing streak and knowing he most likely needed to win to stay with the promotion, Varner was not about to mail it in. He tried to fight through the situation, but once on the stool in his corner in between the first and second rounds, it became obvious it was time to end it. Utilizing a slip-and-jab approach for another 10 minutes was not going to advance his cause.

“By the end of that round, he’s like, ‘That’s it. I’m done,’” White said. “He fought that whole round. The corner didn’t throw in the towel [and] the ref didn’t stop the fight, but he wasn’t complaining, either … There are times when you see somebody just taking unbelievable damage. Jamie Varner sucked it up. He had a broken leg, which had to be unbelievably painful, and he just ... I can’t say enough about the kid.”

Like Lawler, Varner’s 21-10-1 record, including 3-5 in the UFC, may not suggest he is a guy worth keeping around. However, if there is one thing the company loves, it is fighters who are all heart. For the second time since his return, Varner left it all in the cage and is likely to get another chance to fight before being cut.

WHEN IN DOUBT, GRIND IT OUT 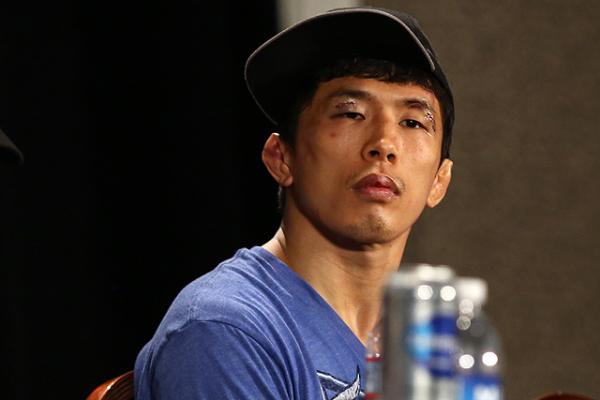 Photo: D. Mandel/Sherdog.com
Mizugaki has won five straight.
Takeya Mizugaki picked up a unanimous decision over Francisco Rivera in a bantamweight bout most people will quickly forget. In today’s MMA world, there is always another fight to watch the following weekend.

This Mizugaki-Rivera matchup can best be described as one of those in-the-moment bouts. While it was going on, fans inside the arena cheered at different moments because they thought they were seeing some great action -- Mizugaki reversing to gain top control, Rivera working for a guillotine choke and even a back-and-forth punches-in-bunches period.

At the end of the day, it was a decision win for Mizugaki but not a fight people will be telling their friends to go out of their way to watch on replay.

Apparently, Rivera suffered a broken hand in the first round, which may explain away part of his strategy and inability to effectively control the rhythm of the bout. Regardless, with the loss, he will slide down a rung in an increasingly robust division.