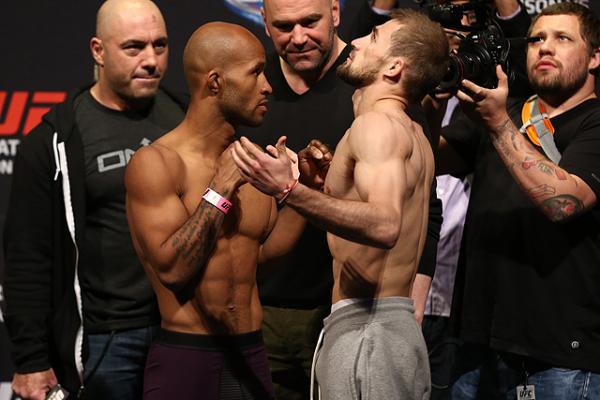 
Ali Bagautinov has allegedly tested positive for erythropoietin (EPO) in a June 2 out-of-competition test prior to his flyweight title fight at UFC 174 against Demetrious Johnson.

The British Columbia Athletic Commission released its post-fight drug test results following UFC 174 on Thursday and of eight competitors, none tested positive for any banned substances.

Bagautinov’s test came prior to the pay-per-view event and his results were not made available due to what a press release labeled “lab processing times.”

The commission has taken action against “Puncher” in the form of revoking his license from fighting in British Columbia, Canada, for one calendar year.

Prior to his decision loss against Johnson, Bagautinov had won 11 straight contests, including his first two under the Zuffa banner, decision victories against Tim Elliott at UFC 167 and John Lineker at UFC 169.

As of publication time, the Ultimate Fighting Championship has yet to address the positive test.