Headliners Lavar Johnson and Lolohea Mahe weighed in on Thursday at the World Sports Café in Fresno, Calif., to finalize their bout for Friday’s Strikeforce Challengers 7.

Johnson (13-3) is returning from a 10-month layoff following injuries sustained in a shooting while attending a barbecue during the July 4 holiday.

“I got a lot of people supporting me because I'm fighting at home,” said Johnson. I don't want to let anyone down. This is a huge fight for me.”

His opponent, the 4-0-1 Mahe, is embracing his shot at glory.

“I hope to win, and I hope to fight well. I'm expecting standup, ground game, you name it, I'll do whatever it takes to win.”

Friday’s fights from the Save Mart Center in Fresno will air live on Showtime, which is offering a free preview weekend. The action starts at 11:45 p.m. ET. 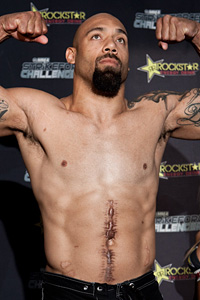