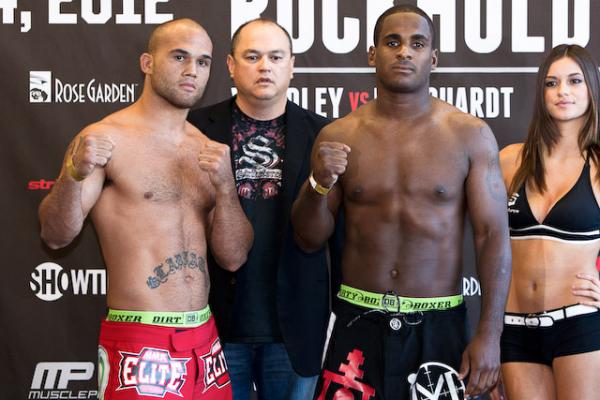 Coming off the victory, he joined the Sherdog Radio Network’s “Beatdown” show to discuss his strategy, his plea for Zuffa to give Strikeforce fighters bonuses and more.

On his strategy versus Lawler: “[Melvin] Manhoef stayed in front of him. He lit him up with strikes, but he got too confident and was dropping his hands, and that’s why he got caught. That was just the game plan: stay in front of him, pressure him, and when he throws a shot, we’re in and out. If he throws a shot, we’re going to make him miss or back out and then right back on him.”

On Lawler’s tendencies: “When he bounces around, because he’s southpaw, he’ll step over with his right foot and plant and pivot out. He’ll go back and forth and then he’ll always put his right foot out and then he’ll plant on it and then he’ll throw a strike. He’s flatfooted pretty much, to sum it up. Every time he throws a punch at you, he’s going to do a big plant. That was just the thing my corner was telling me to watch out for. In the first round, he caught me and then after that, we made our adjustments and came out with the W.”

On getting rocked in the first round: “It was crazy because he hit me and I wasn’t dazed, but my legs weren’t working. I knew exactly what was happening; just my legs weren’t working. He hit me and I was like, ‘Oh,’ and then I took a step, and it was just like I was thinking the step, but I didn’t do the step. I was like, ‘What the hell?’ I bounced like two times and then it was over. I guess I’ve got a hard head too. He rocked me a little bit.”

On why he asked for Strikeforce fighters to start receiving bonuses like UFC fighters: “I wasn’t even trying to make it for me. It was just for anybody. I’d be happy if anybody gets it, if anybody gets anything. I just think we deserve it as a whole.”

On whether he expects a response: “Probably not, but maybe. I’d be surprised if I do, if I get one.”