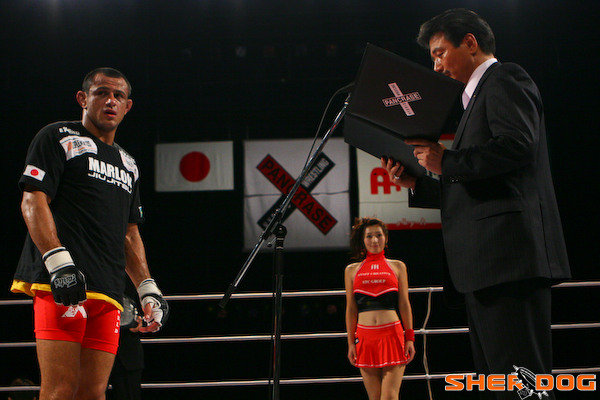 Brazilian featherweight Marlon Sandro is set to compete in Pancrase’s ring for the first time in nearly five years.

The long-running Japanese organization Monday announced that Sandro will square off against Yojiro Uchimura at the company’s 20th anniversary event, Pancrase 252, on Sept. 29 at Yokohama Cultural Gymnasium.

Sandro, 36, rose to prominence shortly after becoming featherweight King of Pancrase in 2008. The following year, the Nova Uniao product joined Sengoku, where he would eventually capture the featherweight title with a highlight-reel knockout of Masanori Kanehara. Sandro subsequently joined Bellator, where he compiled a 7-3 record but failed to win a tournament despite twice reaching the final round. His opponent, 28-year-old Uchimura, was the inaugural Zst welterweight champion in 2007 but has fought sporadically in recent years while also kickboxing.