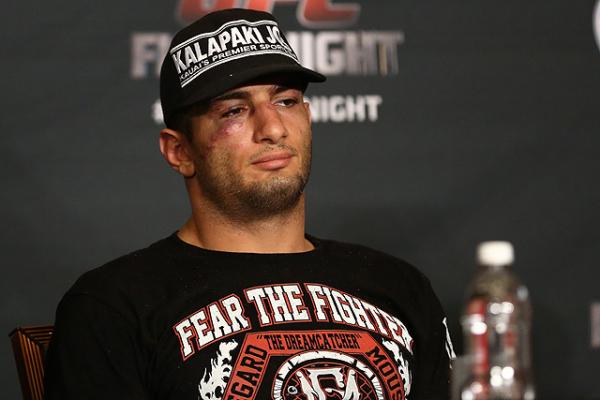 
A middleweight showdown between Gegard Mousasi and Roan Carneiro is official for the UFC Fight Night "Barnett vs. Nelson" co-main event.

The Las Vegas-based promotion recently confirmed the matchup. In addition,Jingliang Li meets Kiichi Kunimoto at welterweight, while Norifumi Yamamoto takes on Matt Hobar at 135 pounds. Recent flyweight title challenger Kyoji Horiguchi is also expected to compete at the event, with his opponent to be announced at a later date.

The UFC Fight Night bill takes place at the Saitama Super Arena in Saitama, Japan, on Sept. 26 and is headlined by a heavyweight clash between Josh Barnett and Roy Nelson. The card will also include the finale of the “Road to UFC: Japan” reality show.

Mousasi enters the matchup on a two-fight winning streak. The Strikeforce and Dream veteran kicked off his 2015 with a first-round stoppage of Dan Henderson at UFC on Fox 14 before outpointing Costas Philippou in his last appearance at UFC Fight Night “Edgar vs. Faber.”

Meanwhile, Carneiro returned to the UFC after defeating Randall Wallace, Trey Houston and Brock Larson in BattleGround’s MMA’s one-night tournament this past October. In his first Octagon appearance since 2008, “Jucao” choked out Mark Munoz in the opening stanza at UFC 184.